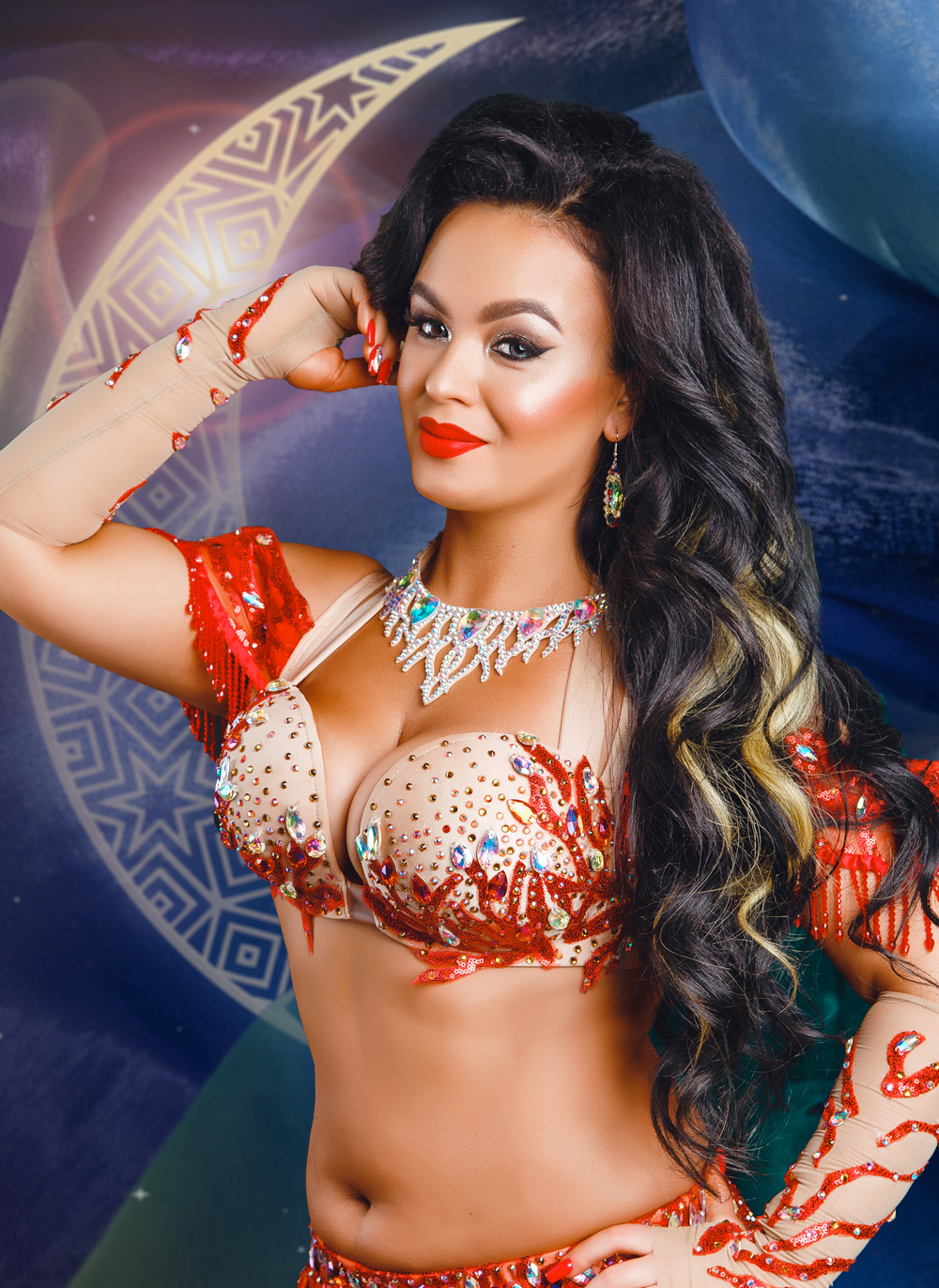 Anna Borisova is a bellydance star from Russia, nowadays one of the most known Oriental Dance Artists of her country. She started learning Oriental Dance in 2006. She has always studied and trained hard by herself without any teacher, making choreographies and

creating her own special and unique style. During the years of her development she has attended numerous workshops of all the great master teachers of Oriental Dance. But she has found her greatest inspiration only in 2009 when she came to Cairo and saw heart

touching performances of Randa kamel with the live band. Thanks to this unbelievable dancer Anna was incredibly inspired for her whole life, as she realized what the real essence of Oriental Dance was and immediately felt the burning desire to go on upgrading

and doing something important in the dance. In 2011 Anna became the winner of Randa’s Crown at the competition “Randa Kamel of Course” in Cairo dancing with the live band. After that she also won several competitions in Russia with the live Egyptian band where

she was judged by the famous Egyptian masters. She recieved a high appreciation from many Egyptian stars who mentioned that Anna has an “Egyptian Soul”, technique and feeling. At present time Anna is a teacher at one of the biggest festivals in Cairo – “Raqs

of Course Festival” organized by Randa Kamel & Mohamed Shahin. Anna loves improvisation with the live band, because she believes that only free dancing shows the true soul of professional performers and reveals their genuine skills and high level of professionalism.

Anna has developed her own special style, which can be described as very dynamic, strong, deep, dramatic and very powerful, but at the same time soft, sensitive, touching, playful and feminine. Usually she combines strong hip movements with soft arms and powerful

shimmies. Anna prefers emotional and impressive dancing using a lot of expressiveness and charisma to touch the audience’s heart and to catch the eye. She adores Egyptian style and likes to add some modern innovations of her own to it. “Loving, enjoying the

music and living a genuine life in the music while being on the stage” – is her motto. She is a designer of her own costumes. All of them are made with her own ideas and sketches. Anna has a great teaching experience as for almost 10 years she has been working

performer, choreographer and she is immensely happy to share her knowledge and energy with everyone at her workshops!